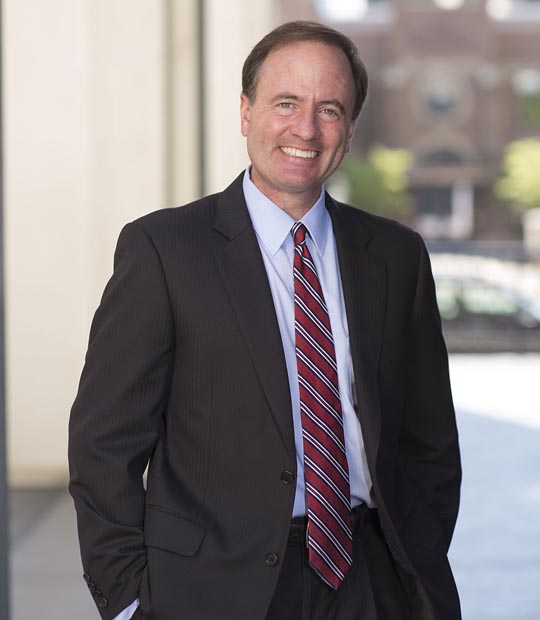 Bill also represents clients throughout Ohio in workers’ compensation claims before all administrative levels of the Ohio Bureau of Workers’ Compensation and the Ohio Industrial Commission.  As a litigator, Bill is responsible for all aspects of litigation, including pleadings, written and electronic discovery, deposing lay and expert witnesses, working with independent medical examiners, drafting summary judgment motions, negotiating settlements, conducting jury trials, and drafting appellate briefs.  He has conducted oral argument in the Fifth, Sixth, Seventh and Tenth District Court of Appeals, and represented clients in the Supreme Court of Ohio.  He secured a judgment for a client of $4,644,561.60.

Prior to joining Scott Scriven LLP, Bill was an Assistant Franklin County Prosecutor in the Special Victims Unit where he specialized in prosecuting crimes of violence against women and children.  He successfully tried over 50 jury trials to verdict, including death penalty, murder, rape, felonious assault, burglary and drug cases.  He also served as an Assistant Attorney General, defending state agencies as employers throughout Ohio, handling hundreds of workers’ compensation claims at the administrative level as well as litigation and mandamus actions in the common pleas courts, the courts of appeals and the Ohio Supreme Court.

Bill has presented for the following organizations:

Bill plays drums in The Bug Hounds, a nine member, rock n roll band covering popular songs from the 60’s to the 90’s including hits from The Beatles, Led Zeppelin, The Who, Phish, Dave Matthews, Paul Simon, Tower of Power, James Brown, Steely Dan and more.  You can hear his band play on weekends at various establishments throughout central Ohio.

“A great lawyer must not only know the law, but must also possess the courage to fight for justice, the wisdom to counsel their clients, the desire to help others, and the humility to serve those in need.”